She smiled and said “let me tell you a secret about these towels.”

The first time I saw them, they stopped me in my tracks. I was walking through a market when I spotted these really pretty towels. They came in so many different colors and had tied tassels on the end. They were unlike any towel I’d ever seen before.

When I got closer I noticed they were really thin. I thought they would never be able to absorb water off my skin. I’ve used towels like that in the past. They weren’t even thin, but for some reason whatever material they were made out of seemed to even repel water. Leaving my skin feeling weirdly damp. I didn’t want that same feeling from a towel ever again.

But these towels were different and they were so pretty, I had to ask.

“Do these actually absorb water? Are Turkish Towels Actually Absorbent?" I asked the woman who owned the booth. I could tell she was a free-spirit with her long flow-y hair and a long flow-y skirt.

She smiled and said “let me tell you a secret about these towels.”

She went on to tell me how such a thin towel could be absorbent. And not just sort-of absorbent. No, these were "easily absorb 3x its weight in water" absorbent.

The towel only weighed 11 oz. So that meant it could absorb over 1/4 gallon of water. I was amazed.

The secret was in the special cotton. It’s called Turkish cotton, and just like Egyptian or Pima, this cotton was sought after for a special purpose. It was only grown in the Aegean region of Turkey. Very exclusive.

You see, Turkish cotton has extra long staples.. Longer than any other type of cotton. And the longer the staple the better quality. And those long staples are important for 3 reasons.

She told me to wait one minute. She stepped aside and came back holding a towel that looked just like the one I was looking at, but this one was much softer. She said it has been used for many years. I could tell it was still in perfect condition, and it felt even better than the new towel I was holding.

She said Turkish towels get even better over time. The fibers open-up and get more absorbent and softer. Instead of wearing out, these towels develop a patina, which is a fancy way of saying it gets better over time.

Then she told me it’s not just a towel.

Because it’s so soft and lightweight it can actually be used for many different things. Like a scarf. Or a blanket. She tied it around her waist to show it becomes a beautiful sarong. And the towel can go seamlessly from the bath to the pool, to the beach.


And you may be thinking I’d never want to use a beach towel in my bathroom. But the sand comes easily off these towels. They won’t drag sand into your home and won’t feel grainy after a day at the beach.

And even though the towels are super absorbent, they dry so quick they never get stinky. That stink isn’t just a nuisance, it’s bacteria growing on the towel. So these towels naturally repel bacteria growth just by drying quickly.

I bought one. My sister bought one. And 10 years later I still have that towel. And everything the woman at the booth told me was true.

I loved that towel so much I wanted to share them with more people.


So I decided to make my own.

Now the confusing thing is not all Turkish towels are made from authentic Turkish cotton.

Knock off towels made to look like authentic Turkish towels will not perform as well. They’ll start to lint and pucker quickly. They also just won’t feel as good.

So I had to make sure the towels I imported were authentically made. With Turkish cotton grown in the right region and hand loomed on old-world wooden looms (modern looms pull too tightly and damage the fibers before the towel even gets used).

It took months to find the right towel.


I sampled over 40 different towels, going back and forth with multiple manufacturers. I took time to use and test each one to discover the perfect towel.


It was a long process, but I finally found it. The perfect towel. And that’s why I call it The Perfect Classic.


And now I’m offering them to you today.

The Perfect Classic is just that. It’s the perfect towel in the classic Turkish towel style. This style has been around since the 17th century, so you know it’s timeless and will never go out of style.


And the design is so timeless it compliments any home decor style. From farmhouse to ultra modern, these towels enhance the beauty of your home.


A good portion of our customers like to buy 8-10 at a time. They buy 2 for each family member and also buy them for gifts.


When you buy the 4-Piece Set you’re saving $21, and getting exactly what you need.


The sets are available in a variety of classic colors. And whichever color you chose, the price stays the same.

Here's What to Do Next

2. Order one bundle per family member

3. Wash before using and use daily

Order today and also get free US shipping with code: FREESHIP25 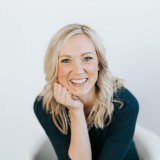 Comments will be approved before showing up.

How to Clean Smelly Towels - The 3 Step Process

Turn Over a New Leaf with an Organized, Decluttered Home

Get Clutter Under Control For Good: 5 Simple Steps To Minimalism